I was and still am a big Kevin Smith fan I mean it was Smith and Tarantino that introduced me to the low budget indie cult movie. I got my hands on Mallrats and just had to see everything this director had to offer. The Askewniverse was the gift that kept on giving including some of my favourite movies ever, the likes of Clerks, Chasing Amy, Jersey Girl and the fantastic Red State. That being said the man is not without his turkeys (Cop Out anyone). One of Smiths moments of genius was realising that he should build a movie around the two characters he had built his universe around… Jay and Silent Bob Strikes Back was born a movie that takes me back a bit and was a real triumph showing us what the man was capable of on a sizable budget.

This being said he has really gone off the boil as of late… Lets be honest Tusk is awful, Now now put your poisoned pen away because I actually enjoyed the first 30-40 minutes of the Tusk, you know all the Micheal Parks stuff but once you get to the walrus and Johnny Depp shit it just sucks. Yogahosers was no better either. Then a glimmer of hope was on the horizon for Smith was to bring us a Jay and Silent Bob sequel. Then the news came, this was not to be a sequel it was to be a remake/reboot, in other words he wanted to make a high concept sly dig at all the oversaturated Reboot/Remake culture that is going on in the industry the last couple of years. So efectively he wants to make the same movie all over again but reference parts of the other one as an on going wink wink to his die hard fans.

That brings us to:

Its all downhill from here Im afraid. So the premise is that Jay and Silent Bob lose the very names they have become attached to due to the fact that movie company Saban have bought the rights to the Bluntman and Chronic movie. You know the movie they tried to stop being made in last flick. So they head to Brodies Secret Stash where they find out that Hollywood have decided to reboot the Bluntman and Chronic movie. The duo decide to head to this years Chronic Con (A convention devoted to the fabled characters) and stop director Kevin Smith (Yes its that on the nose) from making the new movie. From here we re-hash the last movie with similar but diffrent situations like our heroes picking up a group of teen girls with daddy issues rather than some jewel thieves, we redo the “You ar the ones who are the ball lickers” scene and numerous other scenes.

One thing that I am mega glad of is that when Smith was touting this project he literally said he was making the same movie all over again, thankfully that is not true. Yes he re-treads the same water but for the most part he is trying it in a different way. A lot of the dialogue is just reworked to fit todays world but a lot of it is fresh with some cracking jabs at his own personal life. This being said minus a few key points this is a movie that really didnt have to happen. I have always loved that Kevin Smith blazes his own trail and even when he mis-fires you can usually say that at least he tried something. This movie for me is a swing and a miss overall. Lets talk some positives though because after all I do love this guys movies.

Harley Quinn Smith is a great. Well great may be an overstatement but she more than holds her own. Her chemistry playing off Jason Mewes works wonderful and you can tell that Mewes has been a big part of this young ladies real life. While a lot of the dialogue is todays Kevin Smith which can often fall short for me (He has always sprinkled the weed shit in but now its just all he writes) there are some wonderful moments of vintage brilliant Smith. To this point I want to talk about the Ben Affleck cameo… It is wonderful, Affleck gets to swim in his Chasing Amy waters delivering some from the heart on the button dialogue about his daughter that while the child in the movie was played by Mewes real life child, it could easily have been Afflecks. This man stole the movie for me and was accompanied by Joey Lauren Adams (Fingercuffs). Other cameos include a strange Joe Manganiello and an even stranger Chris Hemsworth, The cast of Clerks return in a wonderful Black and White panel at ChronicCon. Matt Damon reprises Loki from Dogma, AEWsChris Jericho smashes a wonderful cameo and a bunch more.

If your a completionist, a die hard Smith fan then yes you must watch this movie because its probably the most Askewniverse movie he has made in years. However if your just a casual then you may aswell just miss this one out. I enjoyed it for some of those ‘if you know you know’ moments but it didnt tread enough new ground for this Smith fan.

Oh one last thing… They seem to mock Jersey Girl a whole bunch. Piss off that was a great flick. 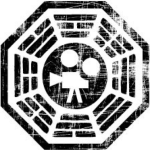